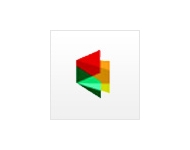 I am a DEA and carried out just one (thankfully) EPC for EPC works last September. Chased them on and off since then for my fee but it's the same sorry tale as every other DEA on here has told.

Wonder if Kayleigh did take her complaint about these comments to the police? They would then need further evidence to find out if her complaint is valid or not. Bet she's not up for that!

Bunch of crooks. I have only thankfully done one job for them three months ago and have still not been paid. Avoid these people. I have also had to do a bunch of EPCs which they did for another client and were clearly drive-bys

Paid by debit card up front, received receipts, Jeff Maunder did the inspections two weeks later. Kept chasing them after 8 weeks still no certificates. Kept being fobbed off when phoned , never called back. Finaly reported them to STROMA who train the assessors. Stroma told us that Tony Burridge has now been struck off as an assessor. Also told that the person doing the assessment is the only person allowed to sign the certificate, or it is illegal. Tony Burridge is also trading under other names for EPCs so be careful.

PAid for it in Jun 11. Survey done one week later, although they failed to arrive at designated time. Had to call and complain then assessor arrived late that day. Its now 16 Jul and I have not received a certificate. Phone numbers do not work and emails are unasnwered. AVOID

THIS IS A COMPANY OF SCAMMBERS. THEY CONNED ME OUT OF OVER Â£4,600 IN THEIR PREVIOUS VENTURE AS ESTATE AGENTS AND GOT AWAY WITH OVER A MILLION POUNDS. AVOID

Used this company (EPC Worx) back in January. They took my money, 2 days later Jeff Maunder visited and i received my report 2 days later and i was chuffed as hell. Used them again 1 month ago, took my money, next day Jeff Maunder did the inspection and now im still awaiting my report and all the numbers i have are disconnected. Now i find this site. The first report is useless and im another £39 down. What a bunch of c - - - s.

Used this company (EPC Worx) back in January. They took my money, 2 days later Jeff Maunder visited and i received my report 2 days later and i was chuffed as hell. Used them again 1 month ago, took my money, next day Jeff Maunder did the inspection and now im still awaiting my report and all the numbers i have are disconnected. Now i find this site. The first report is useless and im another £39 down. What a bunch of c - - - s.

Epcworx is/was part of fasthips, as is their new company metroepc.com and hothomesuk which they've just shut down in a hurry after running off with a lot of money.

The only way to get hold of Kayleigh is to bombard them with phone calls. I have rung every hour every day for some time now. Speak to the ever loyal Leah or Hannah. Any is a waste of space. Eventually you will get put through to Kayleigh. Don't believe a word she says though.

Tony Burridge is always out doing surveys - even though he has been banned and Jacqueline is always out - I guess spending all the money she has scammed of the general public. Please do not touch this company.

all of the coments are not true and i am dissapointed that epc compare can publish this with out coments or replys from epc worx we shall be seekining legal advise about these publications.

as we have now had agressive calls which are unjust this matter may have to be taken to the police.

i also not that the pccb will not reply to the complaint that was publication that that epc worx was part of fasthips as this is not true.

EPC's ordered and paid for at the end of March. 'Assessor' who turned up was not the name on certificates. This is illegal. Certificates when they eventually arrived were totally wrong. Despite frequent calls to EPCWorx and many promises by them it has not been sorted. The assessor wjos name is on the certificates has had his licence revoked.

Don't get involved with EPCWorx or any of their spring off companies.

They have been reported them to Trading Standards as they are in breach of contract the next step is to report them for fraud.

I have completed two EPC's for you on your request in February. You had agreed to pay me £37 per property which amounts to £74 in total. Since then I am chasing you for that money, but every time I was given a different story and explanation. You said an invoice was not received, then another invoice was sent. I have spoken to Kelly, Hannah and Andy on so many occasions, and every time I was told a new story, (cheque has been issued/send it to payment section/cheque is in the post etc). I think you are deliberately trying to avoid paying the costs of the EPC's.

I'm given you one last chance to settle this matter within 7 days from the date of this email, which is 26th May 2011. If I do not receive the money by then, I will take legal action to recover the money.

They are now Metro EPC- avoid this company awell.

Also I would not touch Hot Homes. You have been warned

This company is to be avoided at all costs. I am a DEA and have not been paid. They are now going by the name of Metro EPC- I would avaoid this comapny as well

I am an energy assessor that is still waiting for payment of 5 EPC's I completed for EPCWorx 3 months ago. These were the first one's I did for EPCWorx & they will the last. I my experience is any thing to go by I am not surprised not EPC's get completed

AWFUL - to be avoided. Still waiting for my EPC after 39 days, despite numerous emails and phone calls they just fob you off. Terrible service.

VERY VERY VERY POOR. Do not use. If only I had read these reviews before I ordered the EPC and floor plan. Terribly company.

AVOID AT ALL COSTS

It's a shame you can't put lower than 1, as this would be where they should be scored! Quick enough to take the money, impossible to get the EPC in a timely manner & losts of promises made & broken. It has taken well over a dozen calls from me to finally get the EPC, but e-mails sent to Kayleigh Burridge go ignored. Yes they're cheap, but use them only if you have the time/energy to have to keep chasing them. I won't use them again!

Further to a previous review, we have now recieved the EPC, just a shame it took weeks of phone calls to get it.

Paid for an EPC up front it has never materialised just constant excuses. This company are rubbish and possibly fraudulent - avoid them at all costs.

There is no service - avoid this company at all costs but if, like me, you have paid and not received an EPC then reclaim your money from the bank/credit company on the basis of fraud (which it is, of course).

I will never use this company again and would recommend anybody else to go elsewhere. They take your money up front and don't deliver what they promise. All you get is platitudes - not the EPC you have paid for. Plenty of other reliable companies so don't go near this one! Still waiting ..

This has got to be one of the most unreliable firms I have dealty with. First they did not turn up at all the first time and now a month later I still haven't received my energy report and despite numerous phone calls to the Bristol office I am no closer - appalling company do not use them!

We use cookies on this website to enhance your user experience. By clicking any link on this page, you are giving your consent to set cookies.